The SPRUCE experiment is being operated as the first whole-ecosystem, forest-scale experiment to increase temperature and CO2 concentrations from deep soil to tree canopies. The decade-long experiment is being carried out in a black spruce peatland ecosystem of northern Minnesota and consists of 10 specially-designed, enclosed plots that are 12 m in diameter and outfitted with heating infrastructures for air- and deep-soil warming, as well as a range of biological and environmental monitoring sensors.

Current Status: As of March 2015 the SPRUCE project infrastructure is largely in place for a spring 2015 initiation of whole-ecosystem warming treatments. Deep peat heating (see below) was initiated June 2014 to study the sensitivity of deep, ancient peat C stocks to warming independent from more active surface phenomenon. Extensive pretreatment characterization of the peatland being used in manuscripts on peatland processes and incorporated into the development of a wetland model with the capacity to address the C-cycle, nutrient cycle, water cycle and energy dynamics of peatland systems and wetlands in general.

Additional information and data can be found at https://mnspruce.ornl.gov/ 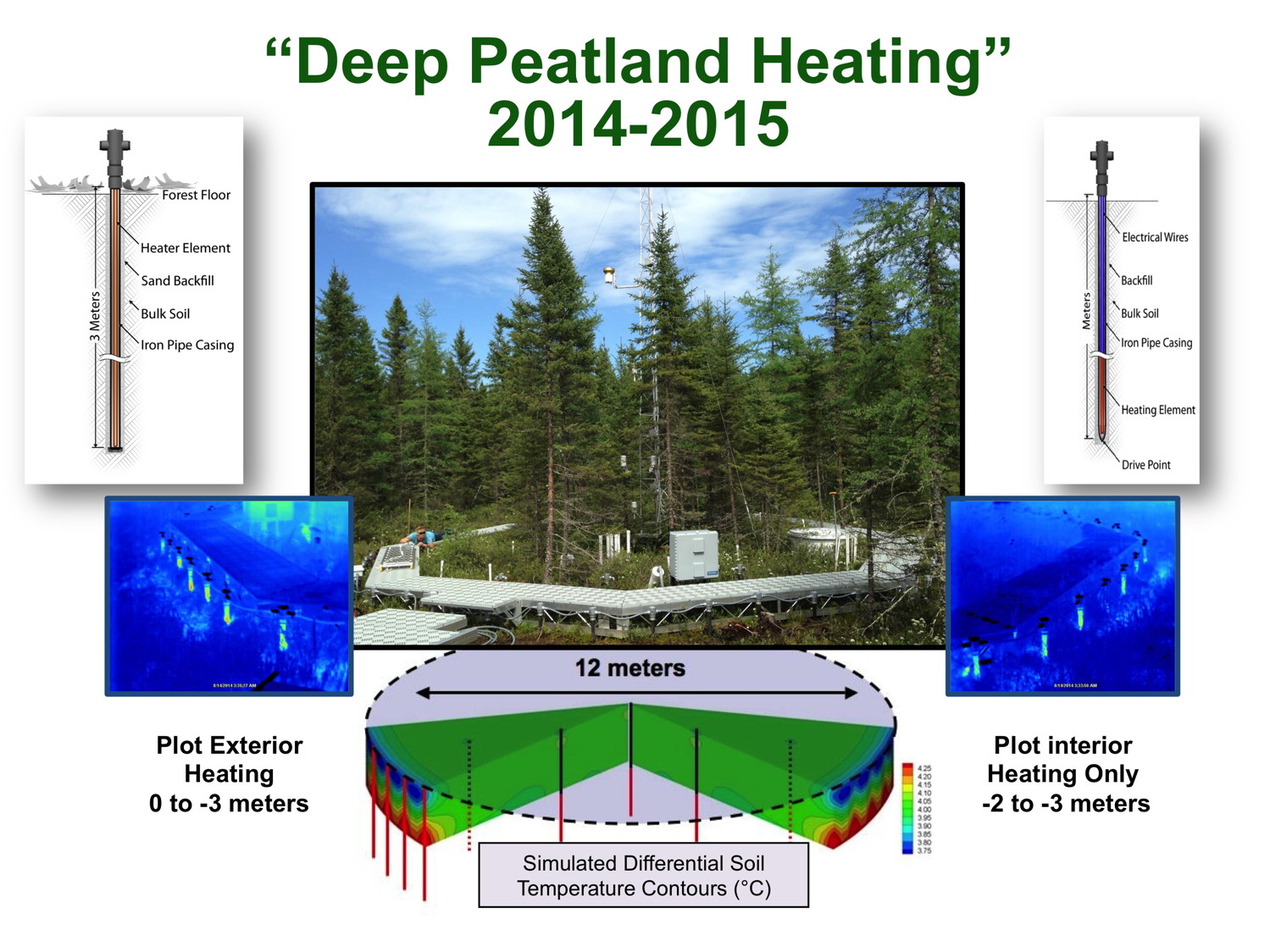 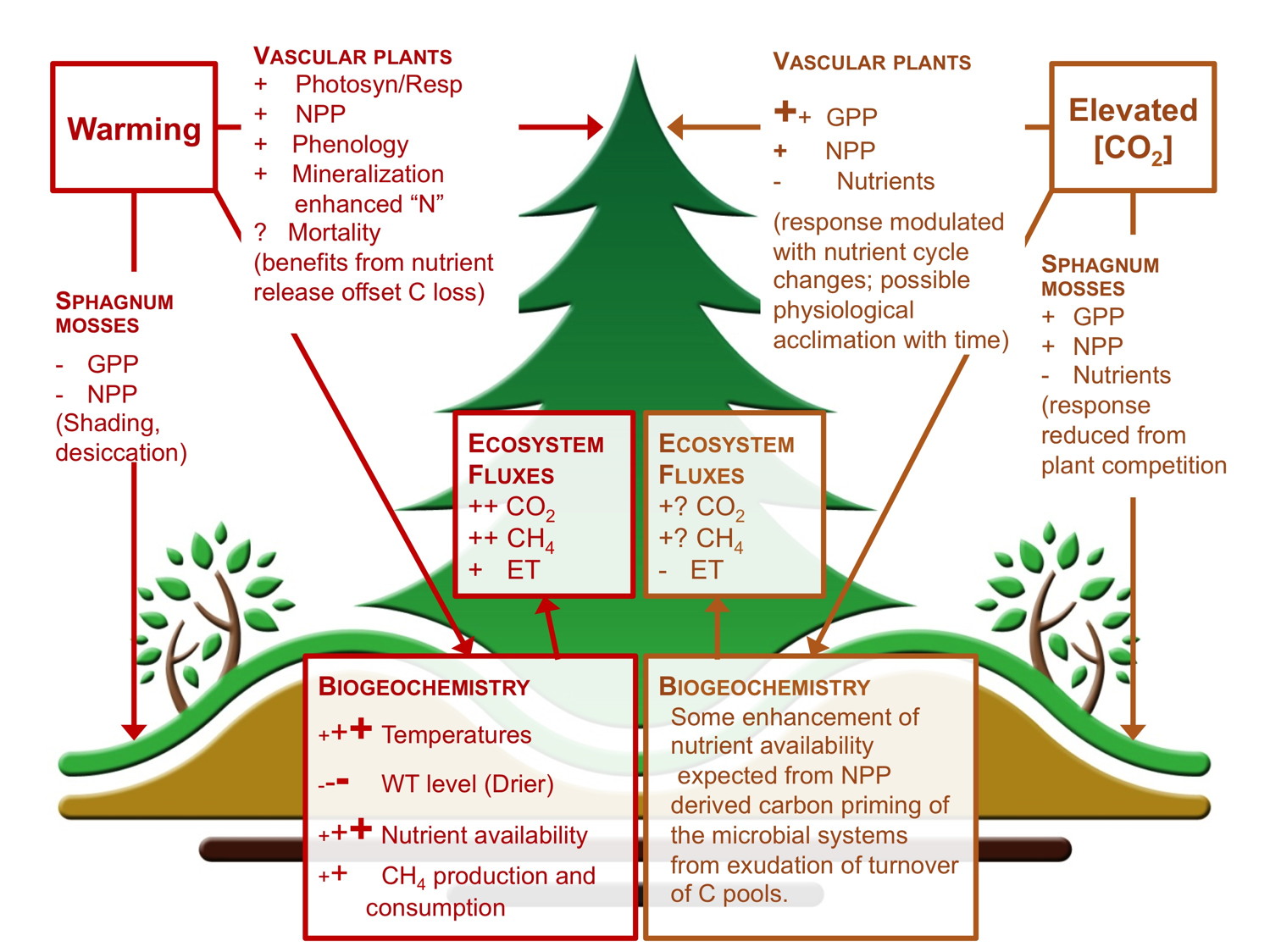 Figure illustrates the hypotheses to be tested at SPRUCE.

Additional information and data can be found at http://mnspruce.ornl.gov/